Puppet and visual theatre festival NuQ Treff will begin on Thursday, 23rd May and last until 26th May. The festival will bring to Estonia 21 productions from 12 countries, chosen because of their combination of gripping content and captivating form. The festival programme also includes workshops and a seminar that seeks to answer the question “What is visual theatre?”

“Drama, musical and dance theatres all use more and more the language of visual, object and puppet theatre,” says the festival artistic director Leino Rei. “This is why we should keep an eye on the developments of modern visual theater in the rest of the world. NuQ Treff offers a good opportunity to do that.”

Rei points out that the festival delivers puppet and visual theatre that is at the forefront of theatre developments around the world. Festival participants have been chosen on the principle that the productions’ content and form are in dialogue and justified, be it a central idea that inspired the search of form, or an intriguing form that led to interesting content. Festival sub-programmes include French, Russian and NUKU theatre programmes.

Visual theatre experts from various parts of Europe are invited to gather around a seminar table. The seminar “What Is Visual Theatre” is introduced and moderated by theatre researcher Madli Pesti. In the following discussion round, directors Ruslan Kudashov (Russia), Veselka Kuncheva (Bulgaria), Merja Pöyhönen (Finland), Yana Tumina (Russia), Erik Alalooga (Estonia), Helen Rekkor (Estonia) and others will talk about their creative principles and their understanding of visual theatre. The working language of the seminar is English.

On Friday, 24th May at 12:00, the seminar will be broadcast by the ERR culture portal kultuur.err.ee.

As part of the festival, the Plexus Polaire directors and actors Yngvild Aspeli and Viktor Lukawski will hold a masterclass for NUKU theatre actors. Production-related workshops for festival audiences are carried out by the United Dancers of Zuga, whose workshop for families is a playful gathering where you can learn a new secret language – movement. After watching the Belgians’ performance “Madness in the Workshop”, you can take part in a workshop that teaches the making of polystyrene puppets.

Festival tickets are sold in four price ranges, starting from 10 euros for children’s productions to 25 euros for the highlight shows in the evenings. Information about the shows along with photos and videos is available at the web page nuku.ee/en/festival, where you can also purchase tickets. 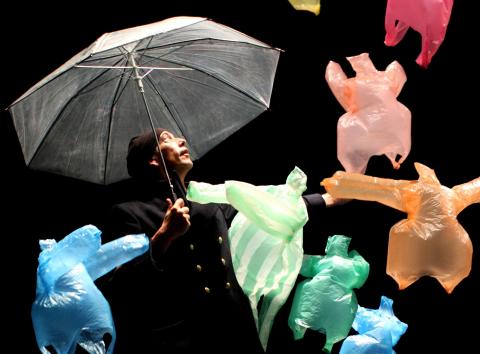 Made by Trinidad Wiseman